On Saturday 7th December, the NEU came together as a local and regional force to support the Guisborough Super Saturday event. We campaigned with our clear general election message - Vote Education. As activists we made our presence felt, and reminded voters of their responsibility to protect the futures of our youngest and brightest. 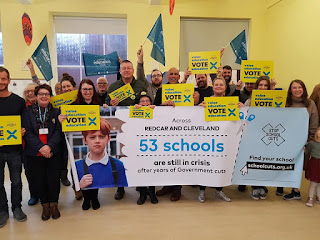 Following a campaign morning, we escaped indoors to hear from three wonderful speakers, who each brought with them an inspiring message. Lucy Cuzzocrea, a local parent, told of how her daughter has just started in reception, this year, in St. Paulinus. She spoke passionately about how ‘St. Paulinus is a fantastic school and we’re so lucky to have it on our doorstep. They have a similar ethos to me, for creativity, child-led learning, and outdoor play. I couldn’t be happier with this. But despite this they are struggling because their finances have been cut to the bone by the government.’


No longer can we sit by and allow cuts to continue, and that is something we as a union have to continue to fight for in the coming years.

at 16 December No comments:

However, this recommendation has to then be agreed by the schools governing body, and in one school in Cumbria recently, governors decided not to pay the full 2.75%, but instead decided to award staff a 2.00% pay rise, and told teachers that the 0.75% would be paid at a later date.

NEU members were quite rightly not happy with the decision and thanks to the great work by NEU members, our NEU workplace rep and Cumbria NEU local officers, the schools governors have quite rightly reversed this decision, and all teachers will be paid the full 2.75% pay award, backdated to 1st September 2019.

Why are we telling you this? 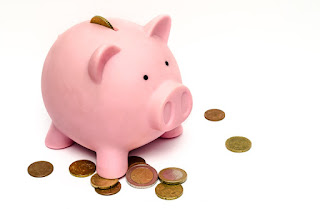 Because without NEU members being organised in their own school and having a great NEU rep, combined with the support of their local branch officers, this fight to get what every other school in Cumbria was awarding might never have happened.  People may have just accepted the matter, and got on with it.  But they didn’t. They got organised, and won on the issue affecting them all as a group of NEU members.

This issue was about pay, but regardless of the issue, to win in the workplace, being organised in your school is essential.

If you do not have an NEU rep in school, get together as a group of members and elect one.

If you are an NEU rep, and maybe haven’t attended training. Come on our reps training. It’ll be the best 3 days training you attend.

Winning in the workplace is not about somebody from ‘the union’ coming in to fix things.  It is about the union being a visible and a united group of members in the workplace standing up for what is right.  You are the union.

Be active, and be loud and proud of being a NEU member, so everyone in your school knows about it, and get others to join you in the strongest and most effective education trade union in the UK.

at 13 December No comments: 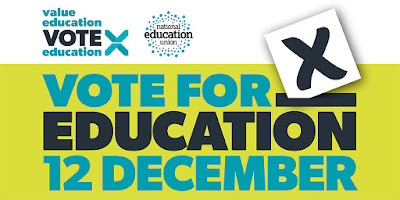 Tomorrow's General Election is critical as it will decide the future of education for a generation.


Cuts have devastated schools and colleges up and down the country. Teachers and support staff jobs have been lost and class sizes are rising every day.


Check out which party will be best for education in your area: go to School Cuts and type in your postcode before voting.
Please make sure when you use your vote and you #valueeducation #voteeducation. If you value education, vote education.

at 11 December No comments:

Several hundred people gathered at the Civic Centre, in Newcastle, on Friday 29th November to campaign in support of climate action. The event saw numerous speakers get up and speak on the matter, with a mixture of students, unions and politicians all taking part. 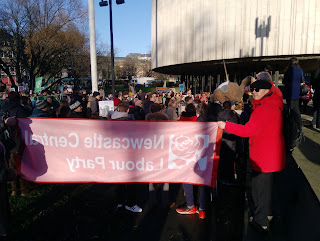 With UCU members in higher education out on strike that day, there was a strong sense of solidarity amongst the crowd and speakers towards the union and its members, with various people wishing them well.

All speakers urged people to think long and hard about the upcoming general election, with a call to participants to get involved in the political process and vote to protect the planet as well as for a party that will safeguard the most vulnerable people in our society.

There were speakers from Unison, the RMT and UCU as well as people linked with the ongoing climate rebellion movement. Jamie Driscoll, mayor of North Tyneside, also spoke. Jamie’s speech was particularly stirring and he struck a very positive tone, calling for partnership with the NEU to help deliver the change that teachers deserve.

NEU's Educate magazine Nov/Dec is a special edition on Climate Change. If you've not had a chance to read your copy then you can read it online here: Educate Nov/Dec 2019
at 04 December No comments: